This is an old photo. Taken back when I had a Kodak point-and-shoot that used something called film to record the images. Remember that? Folks would have to take a picture (no preview or review), trust that the shutter opened and light miraculously seared the film, carefully remove film, send away to a lab, wait a week or more to get it back, and then tear open the envelope to realize you just took a picture of your forearm? Unbelievable, I know, but there it is. That’s how we did things in the old days. Blind faith, I tell you.

Anyway, reality was better than the resulting photo, but how nifty when I went through my archives to find this picture of a simple car park sign in a grassy field. (Click on picture to enlarge. Yes, it says CAR PARK.) 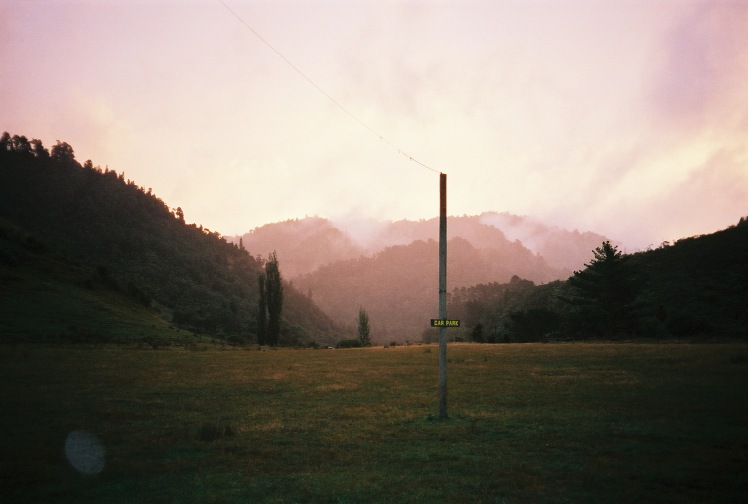 And now the fiction part:

The girl looked to the sky, waiting for her father to return. Dinner only a half hour away, her stomach growled as she sat on her haunches in the cool grass.

Would he make re-entry this time? Last time, he had complained to mami about his accelerator going awry at the last minute. The ship rattled and groaned as if it was about to give birth, he had said. The girl hated to think what would happen to her father if his spaceship fell apart as it descended to the earth.

Picking at the crud between her teeth, her eyes scanned the clouds above.  If he didn’t come back, she wouldn’t have to wait for dinner, would she?